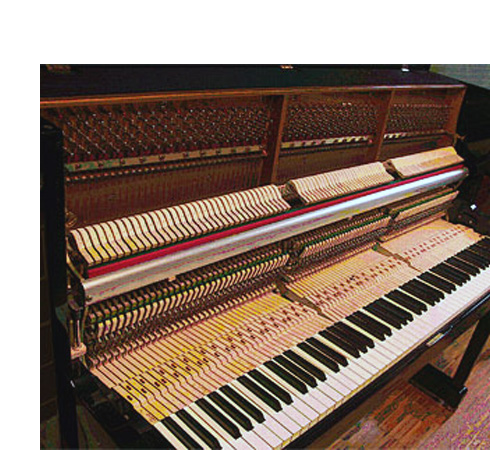 The 1/16-tone upright from SAUTER. Microtonality attempts to plumb the spaces between the half-tones of the common system and, by doing so, to capitalize on new soundscapes. This system has repeatedly been the subject of movements and construction experiments in piano building for over 100 years.

In 1940 Julián Carrillo patented his 15 "metamorphoser" pianos, each tuned to scales using different, regular intervals. In the Carl SAUTER piano factory in Spaichingen, he found a piano company to build him the respective prototypes for pianos used in his project. He introduced his SAUTER instruments at the Brussels World's Fair in 1958. Depending on model, they were tuned using scales ranging from whole tones to sixteenth-tones. These instruments were awarded a gold medal in Brussels.

The sixteenth-tone piano is tuned with only 1/16 step between the keys so that on this instrument what appears to be a fifth actually sounds 1/16-step less than a half-step. On this piano, the interval between the lowest and the highest notes is exactly one octave.

The sound is noteworthy because it does not replicate the sound of a traditional piano, but rather opens up new soundscapes by means of the consistently developing vibrations of the individual notes. This sound universe results in new tasks for the pianist as well as the composer who writes for this kind of instrument. 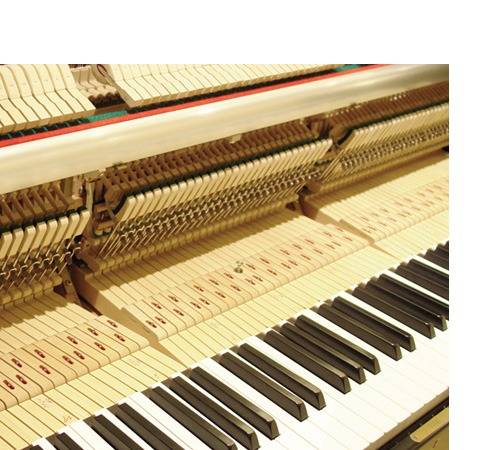 Details: This piano is 116 centimeters tall, has 97 keys and 291 steel strings with three strings for each microtone.